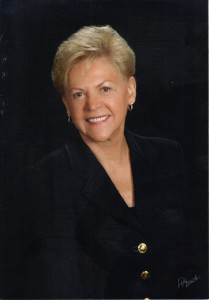 Mary (Hoč-Bobak) Matuja immigrated to America in 1949 at age 10. She was unable to speak English and made the long journey alone to be reunited with her Mother from whom she was separated at the age of 4 months.

Prior to arriving in America, she lived with her grandparents in the village of Čertižné, Czechoslovakia. With her family and neighbors she survived WWII by living in the forest and in barns until the war ended and the families were allowed to return to their homes.

In America, Mary adapted, adjusted and compiled many notable achievements throughout her school career.  After marriage, she began a life of public service.  As a mother she pushed for educational excellence.  As a councilwoman and member of many civic organizations, she has given tirelessly and selflessly to her community. She lectures in classrooms on WWII and immigration.  She believes that the true measure of a country and humankind is to build upon where the previous generations left off.